When I was a child I loved those Choose-your-own-adventure stories. Anyone, remember those?

I loved that I could choose my own ending, if I wasn’t happy with the original. Being a writer, I would often go away and rewrite my own ending anyway. I wanted an ending that satisfied my needs.

I think sometimes our lives are like that. That we pick and choose what adventures we want, hoping that our ending will satisfy us and then we wonder if maybe there was something better we could have chosen.

Ever feel that way? Where you wake up and think “this can’t be my life. I had so many other plans. So many good and wonderful things planned. And yet, how did I get here? This life isn’t what I had planned.”

When my parents were trying to grapple with the loss of their son, and I, in small childish ways, also tried to cope with the absence of a sibling, death was a very deep and painful adventure. Weeping, grief, anger, questioning, they became the new reality. It wasn’t planned. My brother’s death was spontaneous. It happened within 24 hours. Nobody could have (or would have) planned that. My parents would have given anything to rewrite that adventure.

I made a lot of bad and terrible decisions as a young person, many times fuelled by the ‘missing-ness’ I still felt in my heart. Even later when I was getting my life back together I had days where I wished I could choose a different life.

Don’t you wish there was another adventure you could choose? That these present circumstances were changeable? That you could easily turn to a new page, and write your own story instead?

See, the problem with made up stories is they are just that- made up. They appeal to us because they aren’t real. They never were.

But reality is fact. It causes us to be real. It causes us to take all the small increments of our lives and make them count for something, otherwise there is nothing to live for- count for. If our lives count for nothing, then what on earth are we here for? Why do we go through such terrible, hurtful things if our lives don’t count for anything? If there truly was no purpose to our lives, then what is the point of so much suffering?

These are philosophical questions that have been debated for centuries. And I’m not going to get into a philosophical discussion.

But I do know, that my heart is not satisfied. And as a human I am bent on walking away from God.

If you don’t believe in Him, then hear me out for just a second.

If there were a way out of the pain of reality would you choose it?

If there were a way to be happy again would you choose that?

If you could have a joyful satisfying life, with peace and hope, wouldn’t you want that instead?

For you to choose all of these things, then you have to recognize that there needs to be a greater purpose for our lives. There has be something that our realities count towards. Otherwise it is pointless.

I know I would rather choose an adventure, where I may not always know what twists and turns are waiting for me, but I do know how it ends.

I confess I used the read the ending of books first. I needed to know how it ended, if it was worth the reading journey.

When I was attending some writing classes the tutor said, “make sure you know how the story ends and write that first”.

He has written it. He has written our ending, and for Christians it isn’t an ending- it’s an eternal life of hope and joy and praising God, ultimate satisfaction in the one we call King.

But if it only ends with death, and there is nothing after that, it seems a pretty lame ending to me.

If you go to see a movie and it has taken you on an amazing, thrilling adventure only to have all the characters die at the end for no good reason, wouldn’t you feel a little ripped off? I would. I hate movies like that. If you’re going to make me sit through 2 hours of fight scenes at least let them get somewhere in the end. ‘Please let them, finally destroy the ring…’ LOL

So, go ahead and choose your adventure. But make sure you know how it ends. Because ultimately it’s the ending that really counts.

9 thoughts on “Choose your own Ending.” 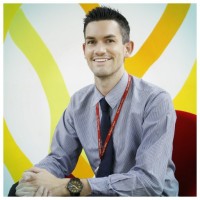 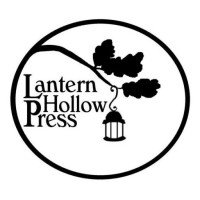